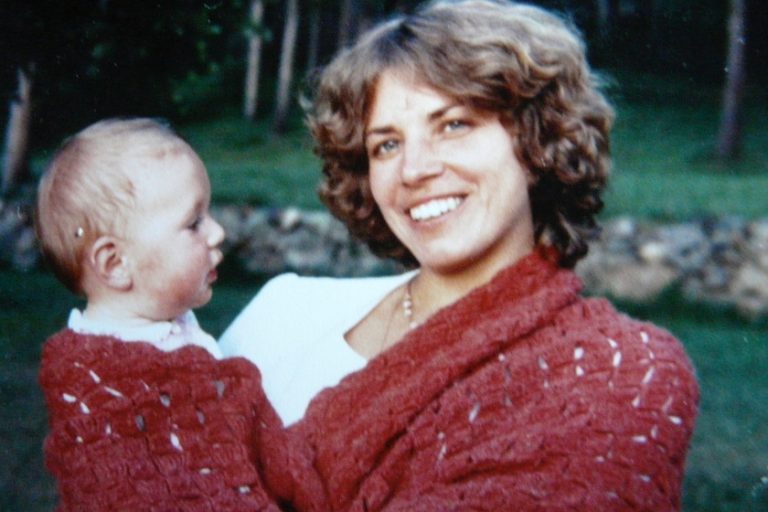 Jeannette Herman was a member of the founding group at the Ranch, after a vision quest and a “chance” meeting in Red Lodge, Montana she was led to the Feathered Pipe Ranch. Now splitting her time between a boat in Paris and a desert house in Tuscan, Arizona, Jeannette reflects on the electric energy of the pre-retreat days at the Feathered Pipe, her unwavering love of India Supera, and the work that led her to begin her own travel agency as a way to expand the minds and hearts of people all over the world.

You have a serendipitous introduction to the Feathered Pipe, as so many of us do. Tell me about how you turned up at Colorado Gulch in 1973.

I had just finished a year with an occult publishing company and went into the Teton mountains to fast and ask for guidance. When no clear message came, I decided to head back home to Ohio and regroup.

A flat tire over Cook City Pass left me broke in Red Lodge, MT, and a radio station offered me a daily 5-minute astrology bit at noon if I stayed 10 days. Now, think about how bizarre that is in a tiny town in Montana in 1973! While there, I did Doug Mackay’s astrology chart and he told me he’d heard about a ranch in Helena that had a teacher from India. He went to check it out, and when he returned, he told me all about the Feathered Pipe: A community of people meditating, making delicious vegetarian meals, doing yoga—all things that I had asked for in my vision quest just a week before. They invited him to spend the summer with them, and said I could come too.

It was a magical place. India had met William Staniger on one of her travels and invited him to bring several of his California students to the Ranch that summer. There were maybe 10 people when we arrived. William gave a talk every Sunday and invited people from town. We talked, imagined, practiced, ate, hiked, played, and every minute was better than the one before. It was the answer to my prayers, truly.

India was mesmerizing, just by her simplicity and love. She genuinely cared for every soul she met and each of us was included. Her presence filled the Ranch in such subtle ways and her connection to that which silently moves everything was the flow beneath it all.

Before we all left that first September, India organized an equinox ceremony. To quote my friend Stuart Walker and his recollection of the ceremony: ”An altar was placed in the big room in front of the stone fireplace. On it was a cloth from India, incense, flowers, fruit, candles (which were always lit), and a picture of Sai Baba.  One of us always had to be there praying, whether it was 2am or 2pm. The prayer shifts were not long, but everyone on the Ranch was called to the altar at one time or another and it lasted for three days. The ceremony that followed was more powerful than anything else we had ever done.”

That ceremony consecrated the Feathered Pipe Ranch and created the Fellowship that would guide the beginning.

What were you all trying to create for the world? What was the vision of the Ranch? 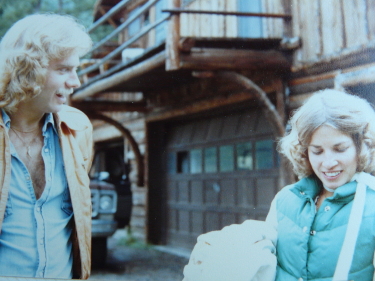 It was more a mission than a vision. William and Janis Paulsen went back to San Francisco and created the Holistic Life University—a school where every aspect of life would be investigated with new eyes. The first branch was the Life Death Transition Institute introducing natural childbirth with Dr. LeBoyer, and the other side, facing death with insights of Elisabeth Kubler Ross and Steve Levine.

Another course trained yoga teachers, so of course, we started the Yoga Journal on Janis Paulsen’s Visa card, cutting and pasting typeset copy under the stairs of the 10th avenue house that became the home of the Holistic Life University. The branch of the university that revolutionized ways to deal with health and nutrition was simply called Holistic Health.

You have to remember, at this time, all of this was totally new. No one had been talking or thinking or teaching along these lines.  The word holistic was not even in normal vocabulary. All of these ideas are now so common and ordinary—and that was the work. The Feathered Pipe Ranch was the heart and soul of it all.

How did being involved with the Feathered Pipe grow you as a person? 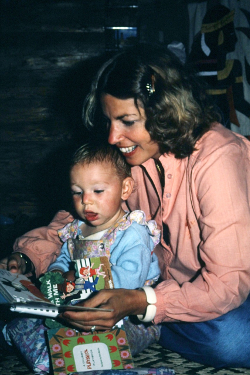 I loved the new ideas, the teachers, meeting like-minded people who came to Ranch, envisioning together and participating in the magical sweat lodge ceremonies.

In 1977, India and I were chatting with John Lilly in front of the garage where we kept the samadhi tank that we each took turns in—no outer noise, no sounds, no sensory stimulation or gravity as you floated naked in saltwater, watching where the mind went.

“You know,” John Lilly said, “You girls should take this show on the road.” On the road? That sounded good to my Sagittarius ascendant that loves to travel, and to India, who was always willing to try another adventure. We came up with the idea of traveling to the ancient civilizations of the Mediterranean where we could be at the Great Pyramid on the summer solstice. They sent me, who had never been to Europe, and Sally Walker, a seasoned friend, with $5,000 to Greece to charter a ship for the summer of 1979.  And those stories are priceless.

We called it the Evolution of Consciousness and invited 12 faculty members to teach mythology, biofeedback, journaling, dancing, channeling, aura reading, all the new age arts. We visited Rome, Egypt, Greece, and Turkey following our theme—and we danced in the sand in front of the Sphinx at midnight on the summer solstice. In 1979 this kind of travel program had not been done and was another revolutionary moment for the Ranch.

What other memorable travel programs come to mind when thinking back on those early years? 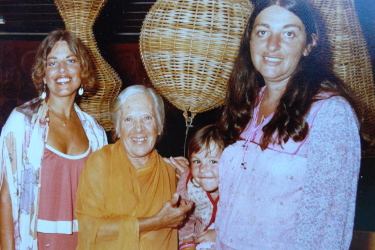 We invited Jean Houston to Egypt to lead a tour with Paul Solomon, a psychic from Edgar Casey’s Virginia Beach. Their amazing ceremony at the Temple of Karnack in the Valley of the Kings has stayed with me forever.

Another incredible trip was the mercury retrograde cruise in the Aegean with Jean Shinoda Bolen and Jan Lovett Keen called Into the Arms of the Goddess. Everything went wrong from day one, including being marooned on an island no one had ever heard of for three days, missing all our ports of call, aboard our less than 2nd class boat, and dealing with mutiny. After all was said and done, the trip was lovingly renamed Into the Armpits of the Goddess. And we never attempted another trip when the god of travel was going backwards!

One of my favorite memories with India was in Naples. We got off the ship for dinner as we wanted a true Naples Italian pizza. I think it was the cruise where we accompanied Dr. Bernard Jensen to be knighted in Malta for his work in Iridology. Almost from the minute we sat down, we started laughing. The people, the place, this cruise, our lives, the smell of the sea, the very ordinary wine glasses, pizza baking in a wood-fired oven. I can’t remember laughing as hard as we did that night, remembering where all this had started and where we were now—just shaking our heads in wonderment.

It was magic. India was magic. The Ranch was magic, and all those who come and enjoy what was created in love and joy, they too share the magic. Then we pass it on.

By creating these adventures with India, I found my calling—travel. I moved to San Francisco and opened my own travel agency with India’s blessing and continued friendship. India had a way of encouraging each person into living their gifts and then letting them fly on, into their own destiny.

Considering how health and wellness are now booming industries, and technology has taken its place in our lives, what type of future do you envision for the Ranch and its original mission to elevate consciousness? 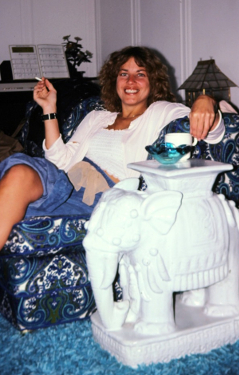 All of us who were at the Ranch at the beginning of these movements are now the elders. We’ve watched the ideas grow and spread, but it’s your generation who has to take all that has come before and use the tools now available. Take it to the next stage.

It’s all about continuing the message. Everyone is taking pilates, yoga and even cocktail hours on Zoom—people have to stay engaged and connected, especially now. I’d love to see teacher-led classes, meditation classes or vegetarian cooking classes online.

From my view, the seed of the Ranch has matured nicely, and it will continue on and in whatever way it’s supposed to. It’s a living, breathing organism. It will be shaped by the people involved, while simultaneously working to shape the people who take it on—just as it did with us.  The future is yours for the making.