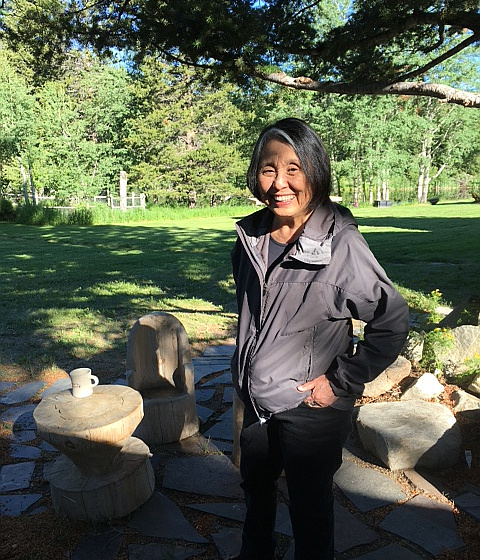 Activist, Jungian analyst and renowned author Jean Shinoda Bolen shares laughter-inducing memories from early Feathered Pipe travel programs and sweet moments from three decades of friendship with India Supera. Plus, the importance of women’s circles and trusting the path that leads to the inner work.

How did you hear about the Feathered Pipe Ranch? 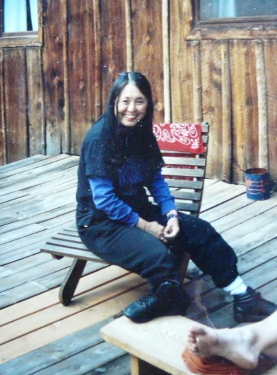 I got a call from India Supera in the mid 1980s, back before the Internet, and she wanted to meet to talk about my work and the possibility of coming to the Ranch. She visited me in Mill Valley, CA and we met for coffee. I remember her being really nervous—she poured cream into the wrong vessel at the table—and that was the first and last time I ever saw her like that. After that, we ended up being really good friends. We laughed a lot together, and enjoyed one another terrifically.

At that point, I was doing workshops with Jan Lovett-Keen, a musician, drummer and Earth Mother. She, India and I went all over the world together, and as I improvised with words and Jan improvised with music, India kept us on track, arranging for buses and planes and luggage. For someone who didn’t like to write down details in logical order, as far as I could tell, she really kept it all together in her head.

We agreed to do a women’s workshop in Montana and also the same year agreed to take a women’s trip to Greece because my book Goddess in Everywoman was based on ancient Greek goddesses.

We had a pretty full group of women coming to Montana and to be honest, we all had some trepidation since we had never been to this wilderness. We had an adventuresome attitude in general, but let’s just say we had ways to bail out if necessary. We arrived a day early to get the lay of the land, which of course is beautiful, then the night before the retreat began, there was a full lunar eclipse. So India, Jan and I walked up to the ridge and listened as the world fell absolutely silent. This started us off in a mystical way—and mysticism, laughter, humor, and coping with what could be disasters were all pretty accurate descriptions of how we spent our time together.

Do you want to share any of those mystical, near-disaster stories from some of your adventures together? 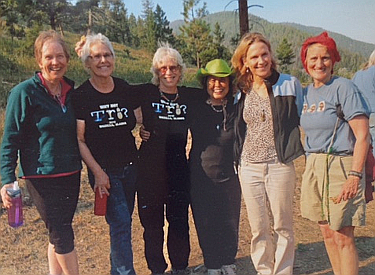 First, the boat that had been arranged for us couldn’t hold all the women who signed up. So, the crew slept off the boat and crew quarters became available, which were not exactly great accommodations. But the spirit of everyone was good—we all knew this was a journey to who-knows-where. The weather wasn’t good initially either—the boat was rocking up and down and people were getting seasick left and right. We planned to have a gathering at the back of the boat, and I remember making my way back there, holding onto the railing, and when I got to the group, Jan was there being Mama Earth to a handful of women who were getting sick into the trashcans!

The next day we were supposed to dock but when we got there, it wasn’t where our itinerary said we were going to land. The weather had cleared, so we got out and made a big circle, and I talked things over with India. We gathered everyone, and said, “Let’s talk about how the trip has gone so far, and anyone who wants to leave at this point, we’ll put you up at a hotel here and meet back up when it’s time to go home again.” We held a closing circle for those who were considering leaving, and those who wanted to stay went off and explored inland. Three or four women did choose to leave, and the rest were okay with whatever was going to happen next. After this parting, the Mediterranean became like a lake—absolutely smooth—and the sky opened up. We were swimming off the boat and frolicking in the sea the rest of the trip.

We had plenty more retreat adventures after that, but “Into the Armpit of the Goddess” will always be the most memorable. We went back to Greece, Peru, Ireland several times and one trip to Egypt. Though I had never been to Egypt, India was very familiar with the country, and we decided to take a small group of women who had been on our retreats before, women we knew were up for spontaneous adventure and had been sister-travelers in the past. We had several moving moments from that trip too, and again, it came with its own challenges. But traveling with India, it was always a significant journey—and her tendency to move out of ordinary linear time led to extraordinary experiences.

I imagine that sense of time falling away lent itself to the deep inner work you were doing. 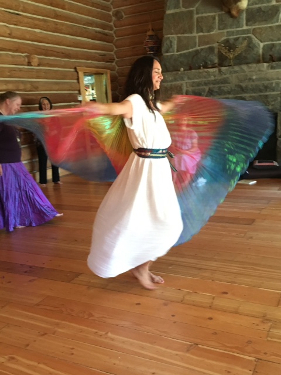 Yes, it’s like we’d move into another dimension where we could dream and imagine and deal with challenges as they arose. One thing was certain, if you were on a pilgrimage with us, it was no ordinary tourist trip at all.

This magic happened at the Ranch, too. In our circles in the Main Lodge, Jan was always on one side of me and India was on the other side. India’s presence grounded us there and helped connect us to the space, which is really important as we guide women into this work.

Most people come a long way to the Ranch, and it’s an adventure but there’s also an inner knowing, a sense that they’re doing important work (and of course, they are). When we circle up as women, and share what’s meaningful and let it be held by the group, the experiences that you’ve been holding alone can now be heard and seen by others. You know you’re not alone and do not need to be ashamed of things that have happened to you. Women get a sense of who they are and what they’re here to do, then they can go back out into the world and decide what’s next.

India promised me she’d be there for my Women’s Wisdom Retreat, and I fully expect to feel her presence sitting right beside me, grounding us in the space!

Do you care to share any of your experiences with India in those last few months before she passed? This seemed to be such a mystical time for those close to her. 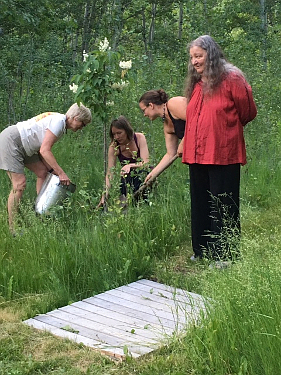 Well if she was crossing dimensions in everyday life, you can believe this other-world communication was happening leading up to her passing. She was always amazing in that way, and she stayed around a lot longer than she was expected to, spending her time in and out of consciousness. I think she did that to ensure that those carrying on the legacy of the Ranch were able to bond and strengthen their relationships, because last summer and fall were tough and required a lot of resilience, faith and surrender. She knew that the team needed to be a united front—and they grew closer through a shared love and devotion to her.

One day, I asked Crystal and Winter to hold a circle in India’s room and to leave an empty chair for my spirit to be a part of the meeting. For the most part, India seemed to be very much out of it, but this day, she got up out of her bed and sat in the empty chair, thinking it was placed there for her. That was fascinating to me, how she could come back from the other dimension and be lucid. Then she’d leave just as quickly as she had stepped back in.

It was perfect timing. I can see how she played it just right.