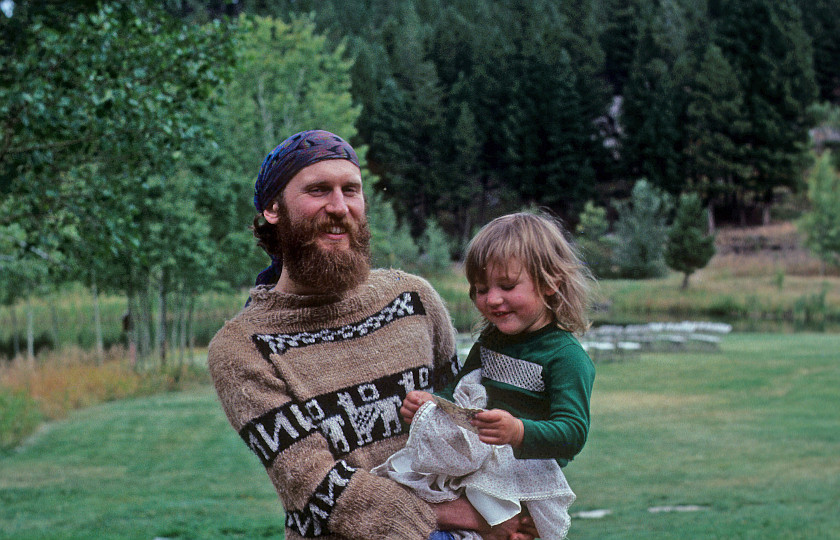 Laughing Water: Serendipity & the Power of a ‘Good Thinking Brain’

Laughing Water (born Paul Superak) is a founding member of the Feathered Pipe Ranch and owner of Helena’s Real Food Store. He sat down with Andy Vantrease to reflect on his marriage to India Supera and reveals how his personal passion for natural health became a lifelong business venture. He also admits that after 45 years, he still can’t nail an elevator pitch that encompasses the totality of the Feathered Pipe experience. Then again, who can?

For someone who has been involved with natural foods, yoga and health for so long, I’m curious when and how did you find your way into these lifestyles and practices? 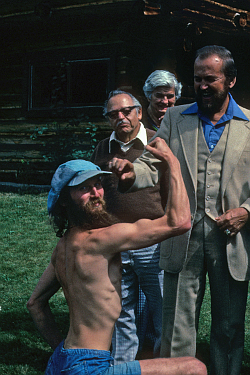 When I was about 13 years old I read Richard Hittleman’s articles in the Sunday paper. In retrospect, I was coming from the angle of human potential, wanting to optimize my body and mind. I was also lifting weights, running, doing isometrics, things that primed my body, and yoga was claimed to not only make me flexible, but relaxed and more spiritually aware. As a teenage boy I was also fascinated that you could inhale string up your nostril and pull it in and out of your mouth. You know, cool things like that. But yoga was a pretty rigid habit with me, much like today.

So, that carried with me as a personal lifestyle choice through my teens and into my early twenties, when I graduated from MIT and went to San Francisco to study at the California Institute of Asian Studies (now the California Institute of Integral Studies). I was going for a Master’s Degree in East-West Psychology, and this was really the first time I’d formalized my interest in these topics. I was living in Berkeley and needed to get across the Bay to school in San Francisco, so the school connected me with Judith Lasater, who became my regular ride and of course lifelong friend. She and her husband Ike became like instant family to me, and I even lived in their house a few months in exchange for cooking and cleaning for them.

Many moons later we were in Tilden Park to watch a total lunar eclipse. Judith showed me some fascinating physical therapy movements that could bring someone from lying down to a standing position just by maneuvering their head. She also told that she was teaching a yoga retreat in Montana and suggested that I could be the cook in exchange for the workshop. So I put off writing my master’s thesis and drove with a couple of other retreaters to the Feathered Pipe Ranch—and that begins my life in Helena, MT.

So, you went to be the cook originally. What was that first workshop like in 1975? 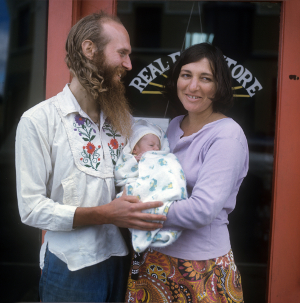 Well, I didn’t do much of the workshop in exchange, actually. I had ordered most of our dry ingredients from California and did business with a local supermarket produce manager for fruits and vegetables. Contrary to rumor, I think I only got into their dumpster once, and we stayed within budget. I became part of the woodwork in the kitchen and even gave a class in cooking and one in Shiatsu massage during those three weeks.

Up until that workshop, India had wanted to sell the Ranch. But then there was the legendary sweat lodge ceremony where India had her vision of the Ranch and, with William Golden and Janis Paulsen, the Holistic Life Foundation. From what I later learned, India’s sister VJ recommended keeping me around because “that boy has a thinking brain.” So India met with me and asked me to be the cook.

I told her I had two concerns about staying: “One is finding a career and the other is finding a mate.” To which she scoffed, after her years of celibacy, “Oh, you don’t need a woman!” Of course, a little over a year later we were married.

The Real Food Store came quicker (and easier) than that, opening early that fall.

Wow, quite an immediate response from the universe. How did your involvement grow from there?

India asked me to “help” start the Real Food Store because the Ranch (and Helena) needed a source of healthy foods. I had only six months of experience working in natural foods from my time at EarthWorks in Champaign, Illinois, but that was no problem for India. I agreed to help, and not long after, India was going on a teaching trip to California and asked if I would just go ahead and do it.

I became the bookkeeper for the Ranch part of the Foundation in 1980, a time when we really had to scale down, dig in and hustle/adapt. I worked in the Foundation office into the ‘90s setting up computer systems, databases and spreadsheets. I also wrote much of our brochure material and fundraising letters.

Over the years, we were able to borrow by relying on the property as collateral, the respect our banker had for my MIT philosophy degree, India’s Sai Baba connections or our Ranch guests. Something always materialized. Heck, someone gave her the Ranch because she was a good friend!

What was your experience of working and living and being with India?

From day one she found a use for just about every knowledge or talent I had. So this was really my launch into adulthood. I had been a student all my life, having gotten most of my knowledge and learning from books and study. I couldn’t figure out how to turn it into a career, and as it turned out, my career as a natural food store proprietor didn’t come from my education as much as from my personal passion—there’s a certain magic in that. India also told me early on that I could feel free to leave any time. There’s of course no better way to make me stay.

At one point, India said that I helped ground her, and I’ll always remember Tom Ryan’s reaction to that: “Ha! Being grounded by Laughing Water is like being grounded by a hot air balloon!”

Our relationship did shock people because nobody thought a husband was in the cards for India, and we seemed so different. I grew up in school and she got her education traveling the world. But something about it worked and had its own life, with built-in coincidences as well as serendipitous things that happened when we were together. We immediately noticed the similarity of our last names, Supera and Superak, which were from different ancestries. When we became a couple the following spring, we discovered our fathers were born on the same day.

Crystal’s birth was full of coincidences, too. India went into labor on her birthday and gave birth on Labor Day outside the Lake Cabin surrounded by guests who were leaving an out-of-the-body workshop. The onlookers included a woman whose son Chris was working with us—it was also his birthday—and whose daughter had a limb abnormality like Crystal’s.

Then there’s the name Crystal Water, which I had gotten in meditation months earlier. Shortly after the birth, India’s father sent a newspaper clipping headlined “Crystal Water wins Santa Anita Stakes.” Maybe the universe was trying to tell me to bet on the horse, but there seemed to be so many things like that with India and the Ranch.

Are there any stories of your time with India that perhaps people haven’t heard?

One funny memory that came to mind when I was thinking back on those years: Some folks in Missoula asked India to come give a presentation about the Ranch, and we had this slideshow with many pictures of what we did there, including sweat lodge ceremonies. There were no obscene pictures, but people were naked in the traditional ceremonies, and India said, “Oh no, we have to take those photos out!”

So we did, and we went over to Missoula and she gave this talk. My impression was that she spent half of it talking about her personal experiences with drugs. And I thought, “Ah, that should be great for our reputation!” You could say she had no sense of propriety or you could say it was a measure of her authenticity; she had nothing to hide.

After 45 years of being in Helena, involved with the Ranch in different ways, how would you describe what goes on in this tiny sliver of paradise in Colorado Gulch? 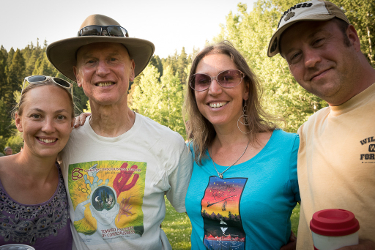 I think it integrates four essential things: connection with the natural world, the nurturing community, personal development and a ground for spiritual experience.

I’ve always had a hard time coming up with an elevator pitch for the Feathered Pipe, because it’s so many things. Over the years, we’ve referred to developing leaders, which is true. For some people, it’s continuing professional education for teachers, doctors and practitioners. For others, it’s where they rest and find a new direction in their lives. Then if you consider how many organizations and charitable projects have been born out of it—Tibetan Children’s Foundation, the Peace Encampments to support to local native communities, the Veteran’s Yoga Project, the HIV/AIDS retreats. There are many dimensions; it’s almost like a prism, where you come in with a singular focus looking for something specific, and leave with many different colors, experiences, insights. Or perhaps the reverse: starting with a confusion of colors and leave having had the experience of a more potent and clear light.

The Foundation’s mission has become central at a time when the “seismic forces” we’ve observed for a few decades—climate change, cyber technology, destructive competition, consumerism, over concentration of power and wealth, and more—are shaking our existence. We really need people who can envision practical ways to achieve positive outcomes. In my writings for the Real Food Store I’ve pointed to the Sixth Great Extinction and said that we’re at an evolutionary crossroads, an explosive time, in fact, with a choice between environmental and social collapse on the one hand and evolution to a higher life form on the other.

In a way, the Foundation’s work has been to draw on all possible solutions, natural and technological, contemplative and scholarly, ancient and futuristic—and to be surrounded by those who believe in you and want to see you live well.