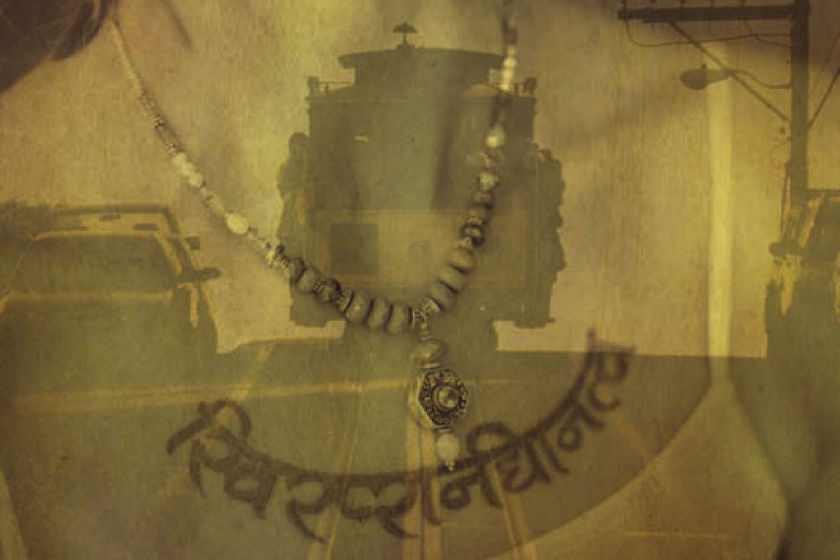 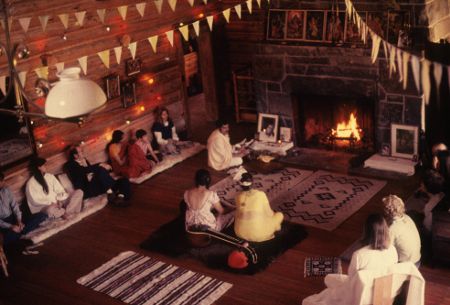 San Francisco has always been America’s hinge to the East, serving as both a primary port of embarkation to what we once called the mysterious Orient and as the entry point for immigrants, from the Chinese laborers who helped build the transcontinental railroad to the Indian engineers who helped create Silicon Valley. But far more important than the muscle and the brain power we imported, or the cuisines and the art forms, has been the spiritual wisdom. It was largely through the digestive tract of the Bay Area that the great teachings that derive from ancient India have been absorbed, assimilated, and disseminated into the nation’s bloodstream.

Swami Vivekananda, the first Asian emissary to break through a religious landscape dominated by Protestants, visited the Bay Area in 1900. This was seven years after he famously stole the show at the World’s Parliament of Religions in Chicago, a time when most Americans hadn’t even met a Catholic or a Jew. He spent three months here, lecturing to thousands about the universal spiritual science of Vedanta and establishing a chapter of his Vedanta Society. Six years later, the society moved into a large Victorian on Webster and Filbert, which was long referred to by tour guides as “the oldest Hindu temple in America.” For decades, the center was one of the prime disseminators of the Vedic legacy in America, and it continues its work in new facilities on Vallejo Street.

In the early years of the 20th century, several Indian teachers made brief appearances in the Bay Area, attracting small numbers of followers before returning to their homeland. Swami Rama Tirtha, for example, was here between 1902 and 1904. A mathematics professor-turned-monk who called his message “practical Vedanta” and “a religion without a name,” his writings inspired future notables like Swami Sivananda and Paramahansa Yogananda. Shri Yogendra, one of the early proponents of hatha yoga for physical health, created an institute in San Francisco, spending 1919 to 1924 teaching and conducting research in the U.S.

The remarkable career of America’s first “om-grown” yoga teacher, Pierre Bernard, also began in San Francisco. A Midwesterner by birth, his real name was either Perry Baker or Peter Coon, and he set up his “Tantrik Yoga” shop in the first decade of the 20th century. He taught here for several years before being arrested on morals charges and moving to New York, where he thrived—despite continual controversy—as a teacher to the hoi polloi.

One of the most important spiritual teachers to reach American shores made the first of several appearances in the Bay Area in 1924. Paramahansa Yogananda, having already triumphed in other cities across the nation, lectured first at Berkeley’s Shattuck Hotel, then crossed the bay for three talks at the Scottish Rite Auditorium. His topics were “Superconsciousness,” “Scientific Healing,” and “The Scientific Techniques of Concentration and Meditation.” He returned several times during the 1930s and 1940s, lecturing at the Masonic Auditorium and elsewhere. He was also a delegate to the meetings at which the United Nations charter was developed in 1945. The famous photo of Yogananda on the cover of his iconic memoir, Autobiography of a Yogi, was taken at San Francisco’s Palace Hotel. 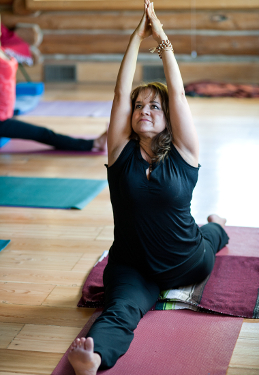 In the 1950s, while much of the country was living the Ozzie and Harriet life, the Bay Area caught fire with the art, poetry, and cutting-edge ideas that gave rise to the so-called San Francisco Renaissance. Eastern philosophy played a major role. Among the key players were the founding parents of San Francisco yoga, Walt and Magaña Baptiste. The couple—he a champion bodybuilder, she a well-known dancer, both eager students of Indian spirituality—opened the city’s first yoga studio. This may sound hard to believe when there are yoga classes on virtually every block, but for a long time the Baptistes’ center was the only game in town. They not only trained future yoga leaders such as Rama Jyoti Vernon, but also hosted a number of masters on their initial visits to the U.S. Some of their guests—Maharishi Mahesh Yogi, eight years before the Beatles made him famous, and Swami Vishnu-Devananda, founder of the Sivananda Yoga-Vedanta centers—went on to have a tremendous impact. The Baptistes’ children carry on the family legacy to this day, with daughter Sherri Baptiste in Marin County playing a leading role in the local yoga explosion.

One of the most important figures in the development of Bay Area spirituality was a giant of India who never set foot in America and died in 1950. Sri Aurobindo, whose blend of Vedantic philosophy and modern scientific insights remains a marvel of intellectual prowess, has impacted millions who never heard his name. In a sense, that includes anyone who has ever taken a workshop at Esalen. That’s because Esalen co-founder, Michael Murphy, was inspired by his reading of Sri Aurobindo and his sojourn at the Aurobindo Ashram in South India to create an institute that combines the best of East and West to explore the higher reaches of human potential. Esalen has been doing that for nearly 60 years now, and some of its earliest presenters were progressive thinkers who advanced our understanding of human development: Huston Smith, Joseph Campbell, Ram Dass, and importantly, Abraham Maslow and other pioneers of psychology who made the Bay Area the fulcrum of the revolution that gave us humanistic and transpersonal psychologies. The gauntlet was thrown down at Grace Cathedral on January 6, 1966, when Maslow gave a lecture titled “Toward a Psychology of Religious Awareness.” It is no coincidence that the institutions most responsible for integrating psychology and spirituality are in the Bay Area: JFK University, Saybrook, the Institute of Transpersonal Psychology, and the California Institute of Integral Studies.

CIIS, it should be noted, was founded (under an earlier name) by the philosopher Haridas Chaudhuri, who also established the still-functioning Cultural Integration Fellowship across the street from Golden Gate Park on Fulton. Dr. Chaudhuri was sent by Sri Aurobindo himself to join the startup faculty of the American Academy of Asian Studies (AAAS). Another member of that faculty was the legendary Alan Watts, the witty, provocative philosopher who became synonymous with cool East-West erudition. Watts was probably the main reason AAAS drew crowds of Bay Area hipsters, such as the Beat poets, to its events. The Beats, of course, infused their poetry with Eastern perspectives, in particular a Zen sensibility garnered from Watts and Shunryu Suzuki, who arrived here in 1959 and gave us the San Francisco Zen Center, along with Green Gulch and Tassajara (not to mention the classic Zen Mind, Beginner’s Mind). Watts, of course, went on to become a leading interpreter of Asian spirituality, and his books, lectures, and recordings continue to illuminate long after his passing.

In fact, all the Eastern streams and tributaries that flowed forth from the postwar Bay Area continue to irrigate the American soul today. They also led directly to the maelstrom known as the Sixties. That epoch, as anyone who lived it will recall, was suffused with India, from the colorful fabrics that adorned beds and bodies, to the sitar sounds that infused rock concerts and albums, to the fertile ideas about consciousness, self, and cosmos that reverberated from campuses to happenings to crash pads and beyond. Come 1967, it all exploded: at the “Mantra-Rock Dance” at the Avalon Ballroom; in Golden Gate Park at the legendary Human Be-in; at the Monterey Pop Festival, when Ravi Shankar (the sitar virtuoso, not the currently popular guru) entered the ferment of superstars with a mind-boggling denouement; and throughout the Summer of Love, when the Krishna Mahamantrawas part of the soundtrack. That August, when the Beatles took up Transcendental Meditation, words like mantra and guru entered the vocabulary, and the TM center in Berkeley had lines around the block. 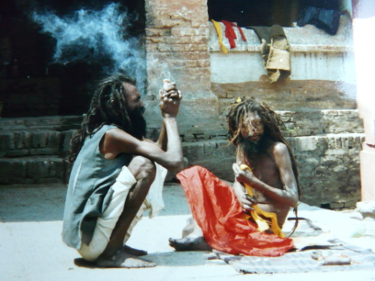 As meditation, yoga, and Eastern spirituality in general moved inexorably from the counterculture into the mainstream, the Bay Area continued to be a focal point of its dissemination. Virtually every important guru and lineage had a presence here, from Swami Satchidananda’s Integral Yoga Institute on Dolores, to the Sivananda yoga center, to Swami Mutkananda’s Siddha Yoga ashram in Oakland, to the International Society for Krishna Consciousness, to lesser-known locals such as Eknath Easwaran in Berkeley and Haridas Baba at Mount Madonna. The famous and infamous of the ’70s—Rajneesh, Sri Chinmoy, Guru Maharaj ji (the “13-year old perfect master”), and others—all left their marks on the area, as did the hatha yoga innovators B.K.S. Iyengar and Pathabi Jois and various Americans who became Vedic transmitters in their own right, from Stephen Gaskin of the famous Monday Night Classes at the Family Dog; to the guru who was born Franklin Jones, became Bubba Free John, and died as Adi Da Samraj; to the most famous native-born teacher of all, Ram Dass, whose seminal Be Here Now probably enjoyed more readership per capita between Sonoma and Carmel than anywhere else on the planet. The transmission continues to this day, of course, with yoga centers more plentiful than Peet’s cafes, live kirtan easier to find than live jazz, the U.S. headquarters of the renowned South Indian spiritual leader and humanitarian Mata Amritanandamayi (Amma) down the road in San Ramon, and Spirit Rock up the road in Marin.

For centuries, Californians stood on the Golden Gate bluffs and dreamed of Asia. As far back as Walt Whitman and Mark Twain, our literary masters imagined India as the birthplace of spiritual genius. “Land of religions, cradle of human race, birthplace of human speech, grandmother of legend, great-grandmother of tradition,” Twain called it. In time, the shrinking of the globe brought the Eastern sages to us, transforming the way Americans understand ourselves and our place in the universe. We are bigger than we once were, and we reach higher and deeper than we once did, thanks in large part to the Bay Area’s role in that great East-to-West transmission.

What to learn more? Listen to J Brown’s “Yoga Talks” podcast. J, who returns to the Feathered Pipe Ranch in 2019, had a wonderfully deep discussion with Philip about the myriad roots and branches of American Yoga. Listen here. 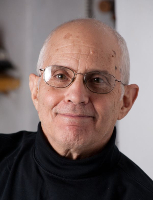 Philip’s first book after American Veda is a comprehensive biography of the master teacher Paramahansa Yogananda. The Life of Yogananda: The Story of the Yogi Who Became the First Modern Guru was published in April, 2018.

*We would like to give special thanks to Rob Sidon and Common Ground magazine for allowing us to re-print this within our blog. Please support them and subscribe!