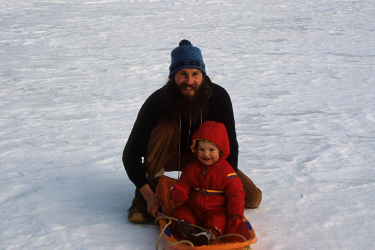 Laughing Water, who was still known at the time as Paul Superak, was originally brought to the Ranch by Judith and Ike Lasater, as LW and she had been roommates in college. He came as the cook for the first real workshop in 1975, which featured Judith Lasater, Gisele Fitch, and Felicity Hall who is now known as Felicity Green. He was the only cook, while everyone in the group helped out with everything else. It was just expected that if you wanted to eat or have a clean yoga space that you had to make it happen – very Ashram-like. The septic system was so weak you could not put toilet paper in it.

The cost of the three week-long workshop was under $300.  Food cost us around $3 a day. Labor, of course, was low as none of us were paid.  Everyone camped out, and the coolest person was whoever camped the furthest away from the Main Lodge.  Felicity Green and Laughing Water tied for this honor, LW up near where Tom and Heidi’s house is now, and Felicity in Bear Meadow. There were not so many buildings in 1975, nor was Colorado Gulch as populated then. There were lots of wild animals, so we had little contests to see who could walk to their tent site without a flash light. 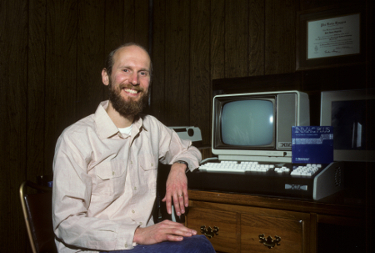 Laughing Water got his name in one of the early sweat lodges. Everyone thought that it was somehow Native American, but it was really related to a little ditty that came into his mind which went something like this: “Flush the toilet of the mind, and hear the laughing water.” He liked it and took it as his name.

After the workshop we asked Laughing Water to stay the summer. As you know LW has a remarkable mind which really helped the Ranch form. He writes well and has a very organic view of the world. Then at the end of the summer, my sister VJ said why don’t you ask LW to stay, he has such a good thinking brain.

Before the Ranch, we were as if standing on the road with nowhere to go. The Ranch gave us all direction. The collection of people had began to form. Within 6 months, we had everything we needed to start the Foundation. In the fall of that year we started the Real Food Store, which is now the Real Food Market & Deli, on $2000 and 27 different types of rice and beans. We didn’t have enough to buy anything else. And by September of 1976, Laughing Water and I were married.