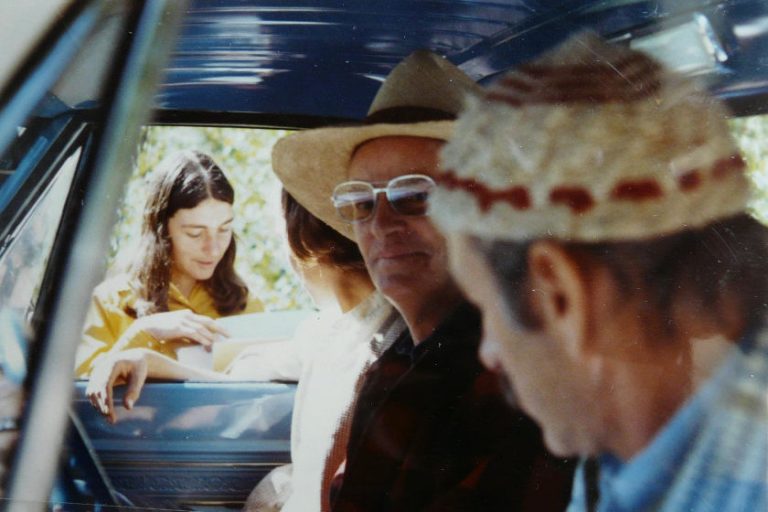 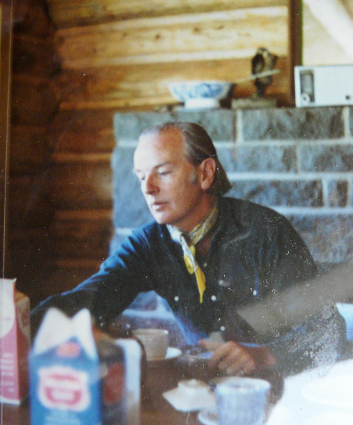 More than three-quarters of a century ago, a young and adventurous Liam O’Gallagher, who played a pivotal role inspiring Feathered Pipe’s evolution over the past 45 years, took a chance and hitchhiked from his home in the Bay Area out into the Mojave Desert to pay an unexpected visit to the writer, Aldous Huxley. He knocked on the door and was welcomed in by Mr. Huxley’s wife.

That conversation between Liam and Aldous Huxley catalyzed Liam’s life-long exploration in creative expression and conscious evolution through art, culture and societal transformation. With his quiet, welcoming, and curious demeanor, Liam and his life partner, Robert Rheem, would befriend, inspire and support many of the foremost luminaries of the 50s, 60s and 70s counter-culture movements, from Allen Ginsberg, Andy Warhol and Alan Watts, to Marcel Duchamp.

Meanwhile, a free-spirited, young woman named India Supera in the mid-sixties hitchhiked across the country to New York, took a flight to Europe and after many strange and unexpected adventures ended up in India. Her wandering eventually brought her to Satya Sai Baba’s ashram where she would spend many years and befriend another devotee named Jermain (Jerry) Duncan who would buy the Feathered Pipe Ranch from Robert Rheem’s father, the well-known industrialist of Rheem’s Heating & Cooling.

Jerry had dreams of starting a conscious living center to foster the next generation of leaders but was soon diagnosed with terminal cancer. India, who had come back from India to have medical treatment, stayed on at Jerry’s request to care for her through the final days. On her death, Jerry bequeathed the Ranch to India. At the time, India intended to sell the land and give the money away, but encouraged by Sai Baba upon her return to India returned to Montana with a mission.

In June of 1972, India returned home from Sai Baba’s ashram. With Liam O’Gallagher and Bob Rheem living just up the hill at Skye Farm. In India’s own words about that magical crossroad of people, place, and spirit: 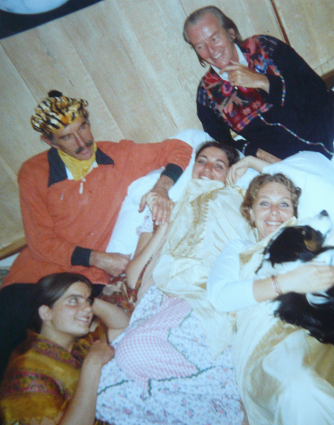 “Bob has a level of aesthetics that very few people have – he would create beautiful gardens and cook dinner every night and Bob and Liam created this energy. He and Liam would meet people at the bus station and bring them home… they had a great sense of people and brought in those who were right for the place. They would have these wonderful dinners for everyone, they prepared the meals and the atmosphere was a wonderful soiree every night. I’ve studied with a lot of yogis in India and very few had what Liam had. In his company, we would transcend and the entire experience would be raised. Liam had an incredible amount of not only literary and intellectual being but he had this great heart and crystal clear mind. It was an incredible experience for me, being 24 years old and just coming back from India, which was the equivalent of my college education. This was my first experience of intelligent, forward thinking people.

At the end of the summer, we decided we were going to go to Arizona and Jerry was going to buy a place there, so that we would have year round events – in Montana in the summer and Arizona in the winter. But then, Jerry developed cancer and within a year was gone. She left me the ranch, believing I could carry on the vision, but I was at loose ends and didn’t know what to do. I thought I should just sell the place. Liam was a real guiding light – I was so much younger and less educated than he and Bob and looked to them for help. Liam told me that I had to make it into something, saying that I was selected for the job by something higher than myself. I went back to talk to Sai Baba, who told me, “You can do what you can do, find out what it is and do that.” And so I set off to make something out of Feathered Pipe Ranch.

And “make something” of the Feathered Pipe Ranch is precisely what she did.”