Zipporah Dobyns: The Stars Above 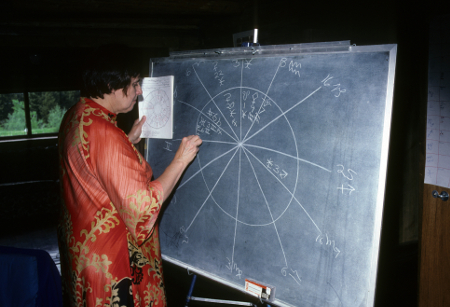 Our first big workshop was 44 people with Zipporah Dobyns, the astrologer. I went to the old airport to pick people up, and I was late. The Helena airport was so small they used to just put the baggage out on the tarmac and the parking lot was a cow pasture across the road, except for the 8 cars that could park in front of the airport.

I arrived at the airport late and the client I was looking for, Maryann, was at the rental car place trying to rent a car, of which there were none. All her friends had told her not to come to an unknown workshop site in the wilds of Montana. When there was no one to fetch her she got scared, thought she had been conned and decided to rent a car to drive around Montana for 2 weeks so her friends would not know she had been deceived. So when I arrived there was much hugging and tears. The shock was just beginning for her though because when she got to the ranch we had only tipis, no tents, no chalet rooms. The dorms had six beds each and because she got there late she had to take a top bunk. After a poor man’s vegetarian dinner of beans, rice and salad, she was ready to turn around and go home on her own. At that time it took 14 hrs to get to Minneapolis – long wait in Salt Lake or Billings for a connecting flight – so she decided to stay a little longer.

So here was Maryann in Montana, at summer camp, eating ‘strange’ food and rooming with 5 other people, which strangely didn’t bother her as she had never lived alone. But there was one thing she loved and was willing to try to get through all of this for and that was to study with the world-famous Zipporah Dobyns, one of the three teachers we had that year. 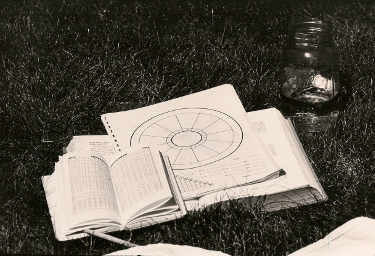 The students wore turbans and purple and pink caftans, sat in the woodshed and smoked (90% of them), and talked about astrology. This workshop went on for 2 weeks. As the days went by Maryann felt better and better from eating good food, breathing sweet fresh Montana air and drinking the best water in the US.

From the money Zip made from the first workshop she had ever done, she bought the equipment to build her first computer. This was before personal computers and Zip, Zip’s friend Neil and her children invented a computerized astrology program that so many still use today.

As the years went by and we settled in to this dream manifesting itself, we changed our menu to give people familiar food, pizzas, potato salad, lasagna, etc. We never went to meat, and they didn’t seem to mind. It was our first big, successful workshop and a good time was had by all. We continued to have Zip Dobyns for the next 20+ years, and every summer we had these beautiful astrologers coming, speaking in the strange language of astrology, eating lasagna and loving the Feathered Pipe Ranch.