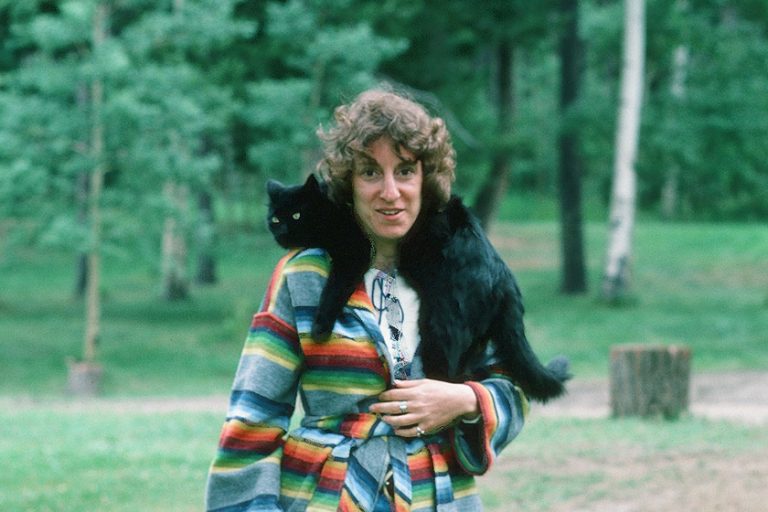 Tuffy Ananda: Protecting the Self or Valuing the Whole

Many years ago, I had a black cat named Tuffy Ananda. All our cats continually killed birds, mice, squirrels, and other small animals. We didn’t even feed the cats in summer because they did fine by foraging. They never seemed to mind, they never lost weight, they always looked beautiful.

We used to hold Follies during Ranch workshops, and once we decided to put Tuffy Ananda on trial. JV Bennett served as the judge, and little Tuffy was carried into the ‘courtroom’ wearing tiny handcuffs. My sister VJ defended Tuffy and, if I remember right, Kipp Williams was the prosecutor. The yoga students were the jury. 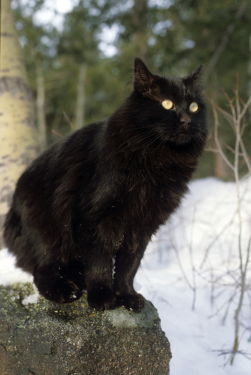 The jury was instructed to decide whether it was merely a cat’s nature to kill or if Tuffy was, in fact, guilty of murder. It was a hilarious little skit.

Now, many years later, I’m asking myself: are we like Tuffy Ananda? Do our actions flow from an instinct to kill each other, or can we begin to think and act in ways that spread good will, good thoughts and non-fear?

I was very young when I realized that fear was one cause of war: fear of not having enough, fear that others will harm you in some way. How do we adjust and cope in a world where fear and mistrust seem to be on the rise?

Recent history offers some hope. Just to take one example, many European countries made impressive strides toward peaceful living with the European Union. Germany and Holland were like a mongoose and a cobra in their day and now they have spirited competitions in bicycling and football. I don’t think anybody in Heerlen (Netherlands) is going to attack someone over in Aachen (Germany).

At the same time, there are many examples of leaders using fear to pit one group of people against another. I feel that we’ve been in a state of war for a very long time. Can we change something as deeply ingrained as the idea that war is the only way to settle matters? Go back as far as you like in history and you’ll learn about conquests, slavery, and terrible mistreatment of one group by another group. Sarah exiled Hagar from the land, a schism was born, and a fight over land began that is still going on 5,000 years later.

How can we resist this dynamic, so that instead of protecting a self-defined group, we value the whole? How can we actualize the ideas that everybody can have a piece of the pie as long as we cooperate–because when we do, the pie gets bigger. That’s the challenge of the times we find ourselves in. 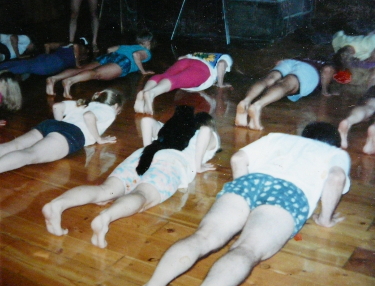 We can do better, but only if we recognize that there is a higher consciousness that we may attain. We already know this, deep down, but we aren’t always aware of it. That means we must bring our unconscious understanding into the light of consciousness. This work is essential to our survival.

This understanding doesn’t come to everyone at the same time. If we continue to strive to bring consciousness to light, to see alternate possibilities and outcomes, we can manifest change one person at a time—beginning with ourselves. Right now, anger, hate and fear seem ascendant. That makes it all the more important to bring greater awareness to what is going on inside ourselves, and to recognize the shadowy places where the light of consciousness is not yet shining.

Whatever we fear, however we fear it, how do we shift the perception of that fear so that we, as individuals, can cross over into consciousness during this life?  How do you “keep your head when all around you are losing theirs?” How do you nurture and maintain your own consciousness?

This inside job we take on has absolutely nothing to do with what political party we belong to or what we think the government should do for us. It comes down to examining our own perceptions.

How can we do that? To what do we begin to commit? Does committing to a healthy body help? Does a healthy mind help? We all know people who have had spontaneous experiences — they see something that is out of our reality, our normal perception — and then they change their lives.

When I worked with the dying or people who had near-death experiences, I saw that their experiences had changed them for good. Even if they just went back and did the same stuff they’d always done, they looked at things quite differently. They stopped fearing death, they realized they were no longer afraid to die, and that gave them the freedom to live more fully in their life. 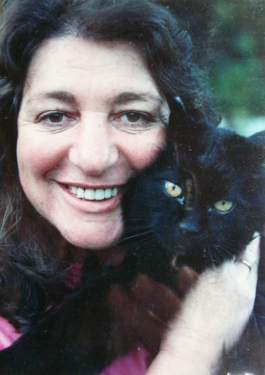 What would happen if everyone cooperated and we weren’t always at war? What if we realized that we know a better way?

Last month I visited Arlington Cemetery and saw four square miles of buried bodies. I’ve been to a similar cemetery in Holland where American bodies are buried. It brings up such sadness and makes me wonder what would have happened if we’d instead had all those beautiful young people building a healthy society?

How can we create a better society with that enduring instinctive fear of “the other” so strong in us? How do we manage this in a civilized way? It is possible. We know this from the evidence of recent times. The European Union made enormous strides toward peace as old enemies became economic partners. That progress is threatened now, but the fact remains: change for the better is possible.

Leaders change when people change. The Feathered Pipe Foundation’s ambition and purpose has always been to offer people the teachings and experiences that help them become conscious leaders. That work is more important than ever.

By the way, Tuffy was found not guilty by reason of his ingrained carnivore instincts.

*Special thanks to Judy Schlosser for the featured image of her and Tuffy Ananda way back in 1976!