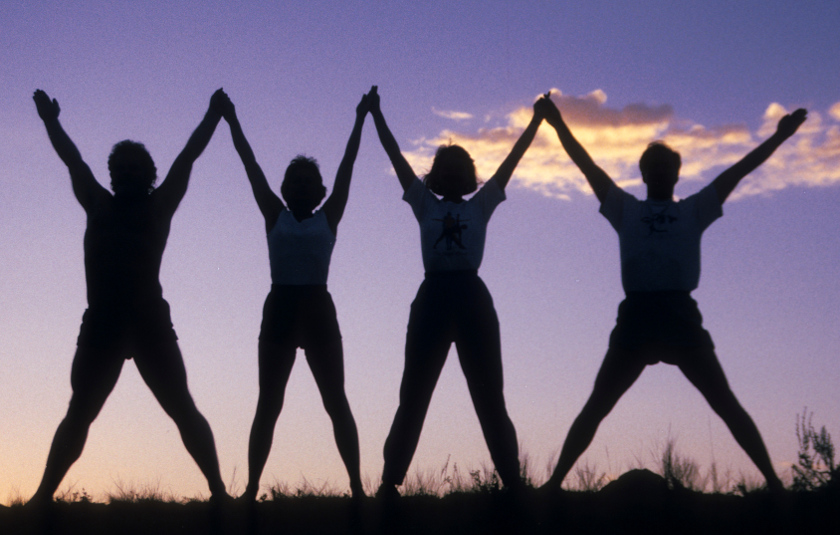 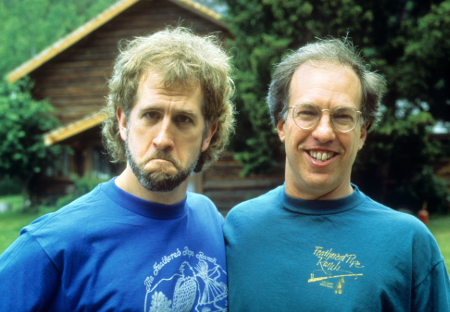 “Gone to Feathered Pipe Ranch. Back in a week.” was the message on the answering machine of George Purvis, an Iyengar yoga teacher based in Dallas, Texas. That was the first time I had heard of the Ranch.  Two months later, I found myself sitting in a welcoming circle with 17 other yoga practitioners, all with more experience than me, hearing about tipis and bears, and meeting our teacher, Dona Holleman, one Guruji BKS Iyenger’s first western students.  Rightly, I had a suspicion this would be a special week!

Yoga-wise, after having spent several years of self-study, having a teacher of this caliber was transformational. Each day we covered a different category of poses, learning fundamentals and subtleties.  Questions were answered and my understanding grew.

Beyond the thinking process, Dona taught will power by challenging us, demanding we  remain in poses.  “Paschimottanasan, ten minutes, head down, don’t look up!”  – and that was the first pose of the morning!  I still remember those long minutes during which I questioned why I was interested in yoga, and later the elation after class. Forward bends, backbends, twisting, balancings, inversions, pranayama, philosophy – we covered the full spectrum. 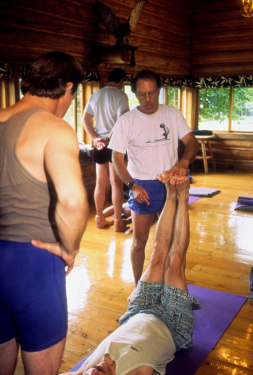 In between classes, Gabriella Giubillaro, Dona’s then assistant, would guide and challenge me further with more inverted postures!  Hungry for yoga, I was getting all I could “eat”.  On a more mundane level, I was getting all I could really eat with fantastically delicious food – a wonderful way to satisfy the healthy appetite that the yoga practice, fresh mountain air, canoeing/swimming in the lake, and walks in the woods afford.

That week of learning week with such a fine teacher in such a pristine, natural setting, away from urban life was transformational.  I carried that week with me an entire year until I could return the next summer and the summer after.

Dean Lerner is a dear, long-time friend of Feather Pipe. He taught many years alongside Mary Dunn and other senior Iyengar Yoga stalwarts at the Ranch. Dean has been practicing yoga since the mid-1970s and teaching since 1982. He studied with B.K. S. Iyengar on numerous occasions both in the USA and in India. He is an advanced certified Iyengar Yoga instructor and co-directs the Center for Well-Being in Lemont, Pennsylvania with his wife Rebecca.