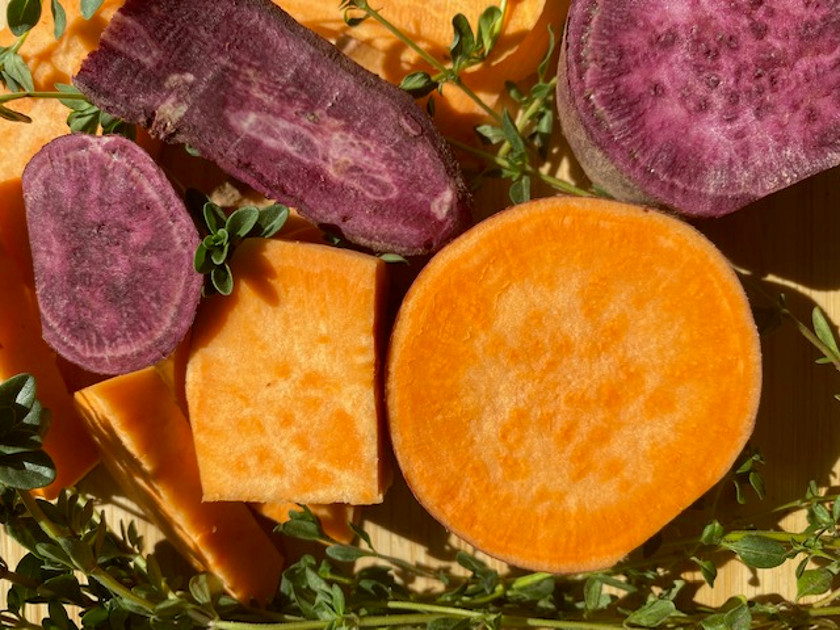 Much to the amazement of some first time visitors, all of the above can be encountered while staying at The Feathered Pipe.

America is a braid woven with indigenous and immigrant traditions. Why shouldn’t African food claim its place beside amber waves of grain? 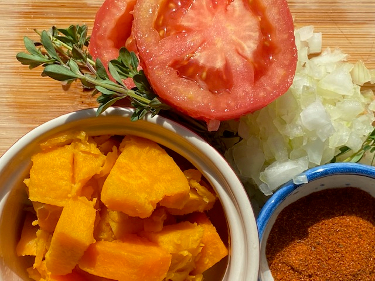 Vegetarian meals and Indian cuisine have been central to the Feathered Pipe experience since the retreat’s early days. Over the years, the Ranch Kitchen has added a vast roster of International recipes to its catalog.  Many guests eagerly await global dinner nights, which act as gateways to new flavors and national dishes not yet explored.

In fact, years before I discovered spongy Ethiopian injera flatbread and the Berbere chickpeas that I often crave (or scooped my first taste of Kenyan ugali, a cornmeal and cassava porridge) it was the Feathered Pipe that gifted me with my first encounter with African cuisine— the aforementioned yam balls— and all while dining under Montana’s Big Sky to boot.

For those interested in expanding their knowledge of African cooking and its American legacy, it is an exciting time.  On May 26th, Netflix premiered High On The Hog, a long-awaited, limited-release series that surveys the ways in which ‘traditional’ American cuisine has deep roots in African American food traditions.

Based on the book by the celebrated culinary historian, Dr. Jessica B. Harris, the documentary series opens on the coast of Benin and follows host Stephen Satterfield across the Atlantic as it reframes the origins of our nation’s foodways. Through conversations with chefs, farmers and academics, the episodes illuminate how much of what is considered American food has been shaped by centuries of agricultural and culinary knowledge and labor of enslaved Africans and Black Americans.

From okra and rice cultivation to fine dining and the barbecue pit, High on the Hog explores the broad story of Black American cooking, peeling back layers to reveal links that have been obscured, (or ignored) for generations.  As Dr. Harris explains in the first episode, “We are living in general, as African Americans, at a point in time when the historic narratives are in question and in change.  People are looking at our narratives, vis-à-vis Asian-Americans, Native Americans. We’re all finding it ain’t necessarily the way it’s been told.” 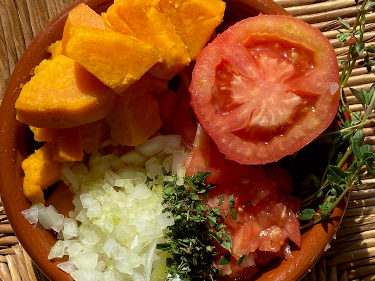 Satterfield, a former sommelier, chef, social entrepreneur, and founder of Whetstone magazine, is a fitting guide.  Yet, even he is staggered to come across slivers of Black American history that he never knew existed—such as the Northeastern Trailriders, a group from East Texas that upholds the history of America’s first cowboys, many of whom were Black.

The intersection of U.S. history and Black agricultural knowledge is also central to Leah Penniman, farmer and co-founder of Soul Fire Farm.  Since 2010, this Afro-Indigenous-centered community farm has been training the next generation of activist farmers while uprooting racism and invasive weeds in Upstate New York.

As Penniman powerfully articulated during a keynote speech at the 2020 Bioneers conference, “My ancestral grandmothers in West Africa braided seeds of okra, molokhia, and levant cotton into their hair before being forced to board Transatlantic slave ships. They hid sesame, black-eyed peas, rice, and melon seeds in their locks. The seed was their most precious legacy, and they believed against odds in a future of tilling and reaping the earth; they believed that we—their descendants—would exist and that we would receive and honor the gift of the seed.  With the seed, our grandmothers also braided their eco-systemic and cultural knowledge.”  Soul Fire Farm is a way to get that knowledge back and pass it along to those who footsteps will follow.

Seventh generation thinking, based on Great Law of the Iroquois, urges earth’s inhabitants to live and work for the benefit of its future generations.  Sometimes, in order to move forward, we must look back and reconcile with the past. Expand your perspective and palate with the Feathered Pipe’s Yam Ball recipe below.  As you mash and form the patties perhaps you too will reflect that a Montana sky, cowboy boots, and African roots are not such peculiar pairings after all. 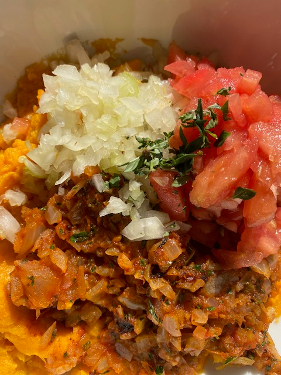 Mash the yams until smooth.  Set aside.  Fry half of the onions and half of the tomatoes in 2 tablespoons of oil until the onions are limp. Add thyme, cayenne and salt and mix well.  Scrape this into a bowl.  Add remaining onions, tomatoes and the yams.  Mix well and stir in the beaten eggs. Turn the mixture out onto a floured board.  With floured hands shape small patties.  Heat the remaining oil to 375 degrees and fry patties golden brown.  Flip and brown the other side.  Drain on absorbent cloth.  Serve hot. 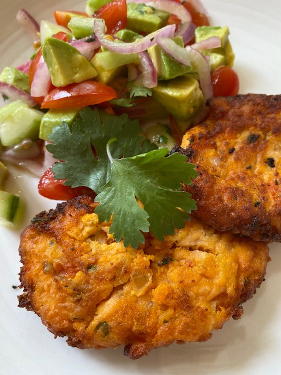 True yams are tough to come by in most American supermarkets.  These neutrally-flavored, starchy root vegetables are easily identifiable by their rough and scaly dark brown skin that resembles tree bark. Ninety-five percent of the world yam crop is grown in West Africa.

Most  American have never tasted a real yam, despite what Thanksgiving menus would have them believe.  Surprise!  You have been eating sweet potatoes all along ( …and with marshmallows, no less).

Most of the so-called yams marketed in the USA are actually orange fleshed sweet potatoes.  This misnomer dates back to the 1930s when Louisiana sweet potato growers decided to market their crop as “yams” to differentiate their produce from those of other states.  The name stuck and tuber confusion ensued.

Today the US Department of Agriculture requires labels with the term ‘yam’ to be accompanied by the term ‘sweet potato.’  Despite the labeling regulations, most Americans still think of sweet potatoes as yams regardless of their true identity.

To further complicate the issue, sweet potatoes come in many varieties and have a range of white, orange or purple flesh beneath their thin, smooth skins.

So, truth be told, most cooks who will make the Yam Ball recipe outlined above, will actually be making Sweet Potato Balls— and that’s okay.

It is easiest to boil your sweet potatoes to make this recipe—however, if you are up for a culinary challenge, roasting your sweet potatoes will bring out deeper flavors.  You can roast them whole, or peel and dice them into cubes.  The caramelization that roasting imparts will result in a smoother, sweeter flesh. 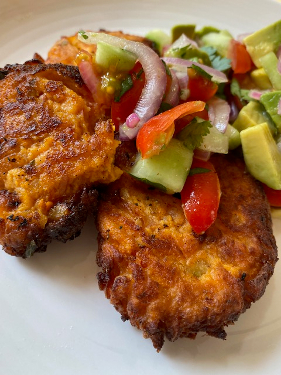 I like to pair these Yam Balls with another African side dish, called Kachumbari.  I think of this crunchy fresh salad of tomatoes, onions, and cucumbers as the pico de gallo of East Africa.  Variations on the recipe are common in Kenya, Rwanda, Tanzania, and Uganda.  A similar dish, called, Kachumber, is also found in Indian cooking, which further proves the mighty cross-pollination of the world’s cuisines.  I’m sure if you google Kenyan Kachumbari you can easily find a recipe for your own kitchen.

The particular Kachumbari recipe that I make is taken from Hawa Hassan and Julia Turshen’s 2020 cookbook, In Bibi’s Kitchen: The Recipes and Stories of Grandmothers From Eight African Countries that Touch the Indian Ocean.  Its pages will take you inside home kitchens and cooking traditions flavored with cinnamon, cumin, and love.

I like to add minced fresh chilies and stir in sliced avocado right before serving.  As the saying goes in Swahili, “Karibu chakula,” or Bon Appétit!