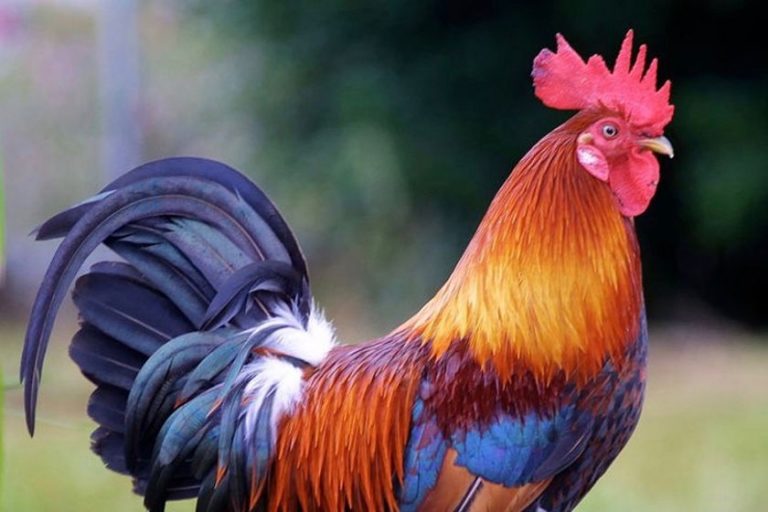 Not My Chicken: Reclaiming Your Power – Carie Garrett

Back in 2009, I began a life-changing addition to my yoga journey: 12-step recovery from co-dependency. Over these past 10 years I have learned to empower myself from within, instead of looking outward to others to provide my worth and my truth. I’ve learned how to own my voice and my opinions, especially when they differ from others’ voices and opinions. Most importantly, I’ve learned what boundaries are and how to set them. I now clearly know where I end and someone else begins, which helps me to know what I’m responsible for: my feelings and my choices only; not anyone else’s. And one of the biggest things I’ve learned about boundaries is that others’ problems are not mine to fix.

When I started this work, I had never heard the word “boundaries” before. When I was deep into my co-dependent patterns, I became entangled in everyone else’s issues, such that it felt like everything was my problem to fix. I felt responsible for other people’s feelings. If someone was angry with me, it was my fault. If someone was sad, it was my job to cheer them up. If someone was going through a hard time, it was up to me to figure out their solutions for them. Living with weak and/or non-existent boundaries is completely dis-empowering; I gave my power over to everyone and everything else.

Through recovery, I learned a very important phrase that changed everything for me: “It’s not my problem.” The healing and self-affirming words of “it’s not my problem” allowed me to put the pause on the pattern I was mired in, step back and detach, and realize that this issue is someone else’s and not mine.

But you have to know the story

In 2011, I think it was, I was in Ojai, California with my dear friend, Stacie for the Ojai Yoga Crib, a lovely weekend yoga event. We were on our way to the Saturday evening kirtan with Sean Johnson and the Wild Lotus Band. I had done an 8-day bhakti immersion with Sean and the band in New Orleans that spring and had been telling Stacie and another dear friend, Pat, how fabulous the kirtan was going to be. I was super excited about it. The three of us were off to grab a quick dinner before the kirtan and stopped in at the local hippy health food store, Rainbow Bridge.

We got some dinner from the store deli and sat down at a table near a big window that looked out onto the sidewalk and street. A woman wearing a long coat, looking quite disheveled, was walking back and forth carrying a chicken. Now this would not be the norm for Texas, but hey, when I’m in California I see all sorts of things, so I kind of brushed it off: “Ok…a woman with a chicken is walking back and forth in front of my window while I’m eating dinner. Right, I’m in California.” My initial thought, though, was that she was probably homeless.

Well, a few minutes later, she appeared in the store with a man and sat at a table right next to us. With the chicken. And she was petting the chicken. When I tell this story live, I grit my teeth when I say “petting” because she was really gripping the chicken and petting him (or her?) with quite a lot of force. More force than I would use when petting a chicken. If I were to pet a chicken while seated in a restaurant, that is…

At this point, I was really trying to ignore her and stay grounded. I was fearful that I might witness something awful happen to the chicken. Mostly, I was trying to avoid eye contact with Stacie because if that happened, even for a microsecond, we would break out in uncontrollable laughter. I didn’t want to be rude. I didn’t want to make a scene. But it was just so weird. I mean, here I am in California, in this hippy store, and there’s a bizarre lady right there with a chicken in her lap. What was she going to do? “Focus on the kirtan, Carie” I thought. “Stacie and Pat aren’t even noticing the chicken anyway.”

We finished our dinner and walked silently to the car, parked just a few feet away. We got in, Stacie started the car and said the line worth a million dollars: “Whew… I’m glad that’s not my chicken.” Then the uncontrollable laughter started. We realized it was the perfect code phrase to “it’s not my problem!” “It’s not my chicken!!”

“Not my chicken.” It’s so funny, it makes me laugh – I’m even laughing now as I’m writing. It’s such an ideal, light-hearted way to tell myself I need to set a boundary, and it’s an easy way to remind someone that I care about to set a boundary. Bill uses it with me all the time: “Carie, it’s not your chicken.” He will even say to me, “Carie…you’re looking for a chicken,” when I start to get entangled in someone else’s problem. It’s not my chicken. It’s just not.

And I pull these things into class because Yoga isn’t about getting better at dog pose, or taking a better picture of yourself in dog pose, or getting a cuter outfit for your better picture of dog pose. Yoga is a way of life, being consciously connected to Spirit as we walk through our lives, listening for guidance on how to do all that we do. And all that we do is not always easy. It’s important for me as a teacher to share my struggles as well as my strengths. I’m still learning and growing; we’re all doing that together. I surely don’t have it all figured out. Nobody does. And when I forget that and start thinking I have all the answers, I can slide in the words “it’s not my chicken” and quickly shift into the space of allowing someone else the dignity of being on their own path.

Carie teaches a fluid and creative practice based on inner listening, courage, and self-trust. Her unique teaching style is down-to-earth, organic, and open-hearted, reflecting her insights and real-life experiences of living the Yoga in the world in a daily basis. Carie is a senior teacher of Los Angeles-based yoga master, Erich Schiffmann. She has worked extensively with Schiffmann as his apprentice and teaching assistant at workshops, retreats, and teacher trainings throughout the country since 2001. Carie teaches Freedom Yoga classes in College Station, Texas, and workshops, retreats, and teacher trainings throughout the country. She is the author of a forthcoming book on Freedom Yoga.