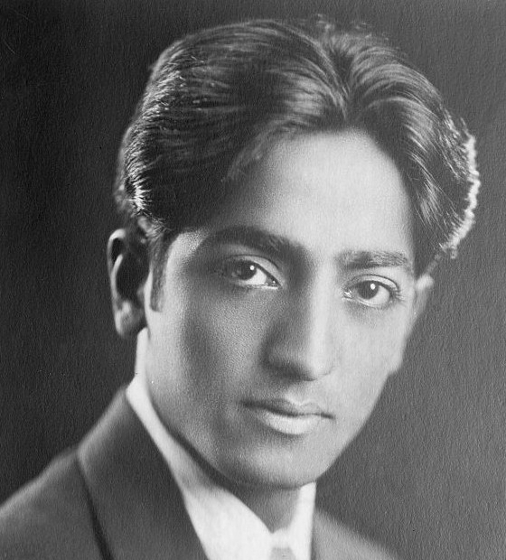 The Wisdom of Patanjali and Krishnamurti – Dr. Ravi Ravindra

In my reading of the Yoga Sutras, I have been influenced by many sacred texts, especially the Bhagavad Gita and the Gospels, both canonical and non-canonical. There are two sages who have been sources of great inspiration and clarity for me. They are Madame Jeanne de Salzmann (who was responsible for the teaching of Gurdjieff after his death) and J. Krishnamurti. Their teachings have been constant reminders of the existence of higher levels of being and the possibility of connecting with these. Whenever I was unclear about the meaning of any sutra in Patañjali’s Yoga Sutras, I would turn to their teachings and find helpful insights. No words are adequate to express my gratitude to them; I feel blessed having had some contact with them.

All great masters are original, not necessary novel. They are original in the real sense of the word—they are close to the origins. Therefore, they each express truth in their own quite unique way. Krishnamurti spoke of an intelligence beyond thought. He insisted that we need to go beyond knowledge. Although we usually think of knowledge as being a good thing, Krishnamurti emphasized the point that thought is the source of the problem, not the source of the solution. Patañjali said the movements of the mind are the source of the problem. There is much in common between Patañjali and Krishnamurti, but each one expressed their insights in a unique way.

Yoga is establishing the mind (chitta) in stillness. (Sutra 1.2)

The literal translation of this sutra, “Yoga is the stopping of the movements (vrittis) of the mind” speaks of the process of yoga to reach the aim of “establishing the mind in stillness.” An accomplished yogi’s mind has a quality of deep silence. Krishnamurti embodied this stillness of the mind. On one occasion, I asked him, “What is the nature of your mind, Krishna Ji? What do you see when you look at that tree?” He was silent for a while and then said, “My mind is like a mill-pond. Any disturbance that is created in it soon dies, leaving it unruffled as before.” Then, as if reading what I was about to ask, he added with the most playful smile, “And your mind, sir, is like a mill!”

The sages have said that when the mind is silent, without distractions, the original state of intelligence or of consciousness, far beyond the capacity of the thinking mind, is present. That intelligence is more aligned to direct perception than to thinking or reasoning. The reminder from Krishnamurti, and from the philosopher Wittgenstein in a different context: “Don’t think; look!” calls us to a perception of the intelligence beyond thought. We may well say that Yoga is for the purpose of cultivating direct seeing, without imaginings. Yoga leads to gnosis, a knowledge which is quite different from rational knowledge. In fact, Patañjali prefers to call the Real Knower, the Seer.

Then the Seer dwells in its essential nature. (Sutra 1.3)
Otherwise the movements of the mind (vrittis) are regarded as the Seer. (Sutra 1. 4)

The essential nature, or the true form of the Seer, or the Seer’s own form, is Purusha, the Transcendent Being. Purusha is steady attention without distractions, Conscious Energy or Pure Awareness. When the distractions are removed, the Seer resides in its own true nature. The true Seer is Purusha who knows through the mind. The purpose of Yoga is to refine the mind, so that it can serve as a proper instrument for Purusha. When thinking enters, the mind brings its expectations and its projections; then we cannot see reality as it is.

On one occasion, I had asked Krishnamurti what he thought of something we had been looking at. He said, “Sir, K (that is how he often referred to himself) does not think at all; he just looks.”

In the Indian tradition, the emphasis has always been on seeing, but it is a perception beyond the sense organs, an enlightenment beyond thought, an insight from presence. The real knower is not the mind, although the mind can be a proper instrument of knowledge. The mind needs to become free of the distractions which occupy it and prevent true seeing. The Yoga Sutras emphasizes the need to quiet the mind so that there can be more and more correspondence with the clear seeing of Purusha. Only a still mind can be attentive, and only a still mind can be the dwelling place of Purusha in its own true form. There is a quality of attention and seeing which can bring about an action in ourselves which allows a radical change to take place naturally, from the inside.

Patañjali begins with the statement that attention is the main concern of Yoga. Otherwise the Seer – which is above the mind – is misidentified with the instrument of seeing. Steady attention is the first requirement of letting the Real reveal itself to us. The Real is always revealing itself everywhere, but in our untransformed state we are not receptive to this revelation. All the sages of humanity are of one accord in saying that there is a level of reality pervading the entire space, inside us as well as outside, which is not subject to time. The sages call it by various names—such as God, Brahman, Purusha, the Holy Spirit, Allah. However, we are not, in general, in touch with this level because we are distracted by the unreal, by the personal and by the transitory.

Abhinivesha is the automatic tendency for continuity; it overwhelms
even the wise. (Sutra 2.9)

Freedom from abhinivesha, from the wish to continue the known, is a dying to the self, or a dying to the world, which is so much spoken about in so many traditions. It has often been said by the sages that only when we are willing and able to die to our old self, can we be born into a new vision and a new life. There is a cogent remark of St. Paul: “I die daily” (1 Corinthians 15:31). A profound saying of an ancient Sufi master, echoed in so much of sacred literature, says, “If you die before you die, then you do not die when you die.”

During a conversation about life after death, Krishnamurti said, “The real question is ‘Can I die while I am living? Can I die to all my collections—material, psychological, religious?’ If you can die to all that, then you’ll find out what is there after death. Either there is nothing; absolutely nothing. Or there is something. But you cannot find out until you actually die while living.”

Dying daily is a spiritual practice – a regaining of a sort of innocence, which is quite different from ignorance, akin to openness and humility. It is an active unknowing; not achieved but needing to be renewed again and again. All serious meditation is a practice of dying to the ordinary self.

Ekagrata parinama, transformation towards one-pointedness, is the
stage of transformation in which activity and silence are equally balanced
in the mind. (Sutra 3.12)

The sages who have undergone this kind of radical transformation have a different quality of mind. It seemed obviously true in the case of Krishnamurti. I was struck by the special nature and quality of Krishnamurti’s mind, so I often asked him about the particularities of his mind. He frequently spoke about the religious mind and its innocence, freshness and vulnerability. He would often suggest that he was just like everybody else and not someone special. But I was never convinced of this.

On one occasion, when I persisted in asking about the nature of his extraordinary mind, he said, “Sir, do you think the speaker is a freak?” Freak or not, he certainly was extraordinary and unusual. As was mentioned earlier, his mind was like a mill-pond; any disturbance that was created in it by an external stimulus soon died down, leaving it unruffled as before. Patañjali tells us that the whole difference between an ordinary person and an accomplished yogi is in the quality and depth of the silence of mind and how soon this silence returns after an external impression is received.

Krishnamurti once said during a conversation with me that the intelligence beyond thought is just there, like the air, and does not need to be created by discipline or effort. “All one needs to do is to open the window.” I suggested that most windows are painted shut and need a lot of scraping before they can be opened, and asked, “How does one scrape?” He did not wish to pursue this line of inquiry and closed it by saying, “You are too clever for your own good.” But Patañjali provides practical help in preparing the body-mind so that the window of our consciousness can be opened. Purusha is just there, it does not need to be created; it cannot be created; however, purification of the instruments of perception in Prakriti allows Purusha to reveal itself.

*This article has been excerpted from “The Wisdom of Patañjali’s Yoga Sutras” by Ravi Ravindra.

Ravi Ravindra was born in India and received his early education there. He went to Canada as a graduate student and later as an immigrant. Now he is a Professor Emeritus at Dalhousie University, in Halifax, Nova Scotia, where he served for many years as a professor in three Departments: Comparative Religion, Philosophy, and Physics. He was a Member of the Institute of Advanced Study in Princeton, a Fellow of the Indian Institute of Advanced Study in Shimla, and the Founding Director of the Threshold Award for Integrative Knowledge.

Dr. Ravindra’s spiritual search has led him to the teachings of J. Krishnamurti, G. Gurdjieff, Yoga, Zen, and a deep immersion in the mystical teachings of the Indian and Christian classical traditions. He is a prolific author including: Krishnamurti:Two Birds on One Tree, Science and The Sacred, The Wisdom of Patañjali’s Yoga Sutras and The Inner Journey-Myth, Psyche, and Spirit. These as well as Whispers from the Other Shore and many more can be found on his website: ravindra.ca