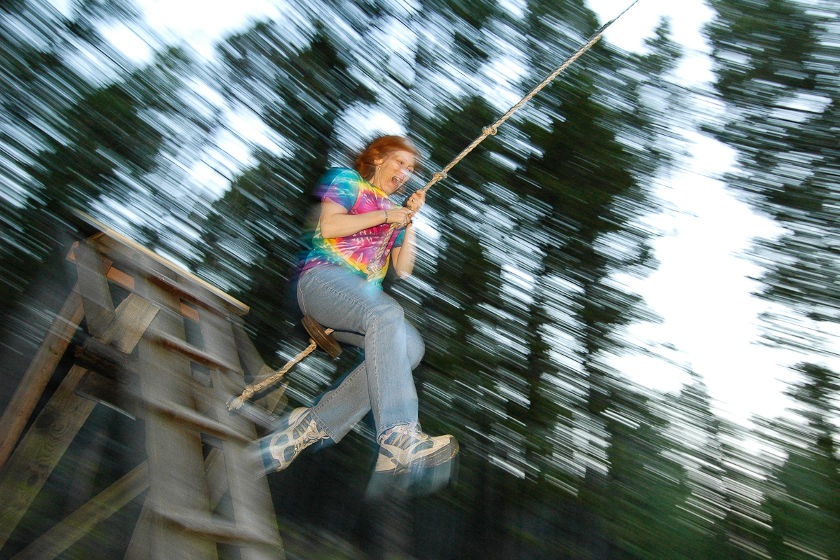 In 1665, an ailing Dutch scientist named Christiaan Huygens was recovering in bed from a brief illness. Inspired by Galileo, nine years earlier he’d invented and constructed the first pendulum clock. Bedridden and bored, he became entranced with and mystified by two pendulum clocks swinging in the same display case.

He wondered why the clocks always ended up swinging in perfect synchrony after about half an hour, regardless of how many times he set them into unsynchronized motion. We now call this “anti-phase synchronization,” but in the mid-17th century, Huygens described the phenomenon as “an odd kind of sympathy.”

He theorized that the swings caused imperceptible movements in the beam connecting the two clocks. But when he presented his theory to the Royal Society of London, scientists dismissed it.

Huygens would later write the first treatise on probability theory, work out the formula for centripetal force, and publish the first mathematical theory of light. But it would take 335 years to learn that he was, after all, mostly right about the “odd sympathy” he observed from his sickbed. Georgia Tech physicists recreated his clock apparatus in 2000 and found that swinging pendulums indeed exert tiny forces on each other through a connecting beam — and those tiny forces eventually move them into synchrony. (It’s not unlike this.)

In Search of ‘Odd Sympathy’ 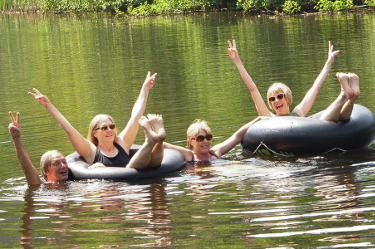 A friend recently shared a nugget of advice she’d read online, aimed at those prone to discouragement and despair about the world’s crazy-scary state. For anyone overwhelmed by the contrast between the immensity of the problems and the realistic measure of any one individual’s capacity to influence them. Her counsel? Try turning a bit more attention away from our exclusive “trance-like fixation” on the federal level in favor of the grassroots and more local levels. Where systems are a little lighter on their feet and more influence-able.

When the sounds, sights, and actions in the world are an unrelenting daily assault on our nervous systems, are so threatening and polarizing, is there a possibility for something as “local” and personal as mindful movement or a contemplative practice to influence the larger picture?

If we can create a little local synchronized swinging, and cheer on the next person to do the same, and the next, is it possible to together exert some forces on the beam that connects us?

It seems like a worthy inquiry. Minimally, we might feel a little less like caged gerbils running madly on a wheel going nowhere. And learn that consuming nonstop breaking news isn’t the healthiest way to live or best approach for creating positive change in the world. And maybe there’s even more to it: like discovering we can’t fix much of anything else until we make our own internal calibrations and repairs.

The world needs us in the best, clearest, and most conscious shape we can be just now. Compassionate action springs from compassionate minds.

The Mindful Unplug is no ordinary mindfulness retreat — it’s a full sensory experience to reconnect with nature, your inner landscape, and the joy of community. Our guide team will help you refresh and renew your perception of the world. You’ll return home with tools, insights, skills, and mindful practices that cultivate resilience, compassion, and a more conscious relationship with technology. It all happens in a glorious mountain landscape with plenty of space for solitude as well as connection, supported by an easygoing, casual, and joyful vibe (along with heavenly food!) that has kept good souls coming back to Feathered Pipe Ranch for 45 years and counting.

This is a come-as-you-are retreat. No experience is needed with any of the modalities we explore and practice during our time together. We always have a lot of good old-fashioned fun during the Mindful Unplug! Our week together includes opportunities for: mindful movement and sensory practice; forest bathing, participatory sound, rhythm awareness, and voice practices (including an introduction to West African hand drumming); accessible meditation; and ample unstructured time for you to move at your own pace. For this fifth running of ‘the Unplug,’ we’re incorporating dedicated time for inquiry — guided by informed wisdom and deep expertise — into how to coexist with ubiquitous technology in a more conscious and mindful way.

Join us for the fifth running of the Mindful Unplug and reconnect with nature, your inner landscape, and the joy of community, July 24 – 31, 2021, “Mindful Unplug: The Joy Of Presence.”

A Yoga-Alliance registered teacher (RYT 500) in Virginia, Anne teaches at Sun & Moon Yoga Studio, serves as President of the Feathered Pipe Foundation (she midwifed the Mindful Unplug!) and works for busy startup companies. She knows all about what it’s like to yearn for practical ways to insert pauses into a heavily scheduled, rat-race-y life. Anne’s mission is to return you home with skills to plug back in consciously so you can step back into the world of noise and technology equipped to nourish and safeguard your own health — and apply your consciousness for good of all. Anne’s teaching draws on inspiration from her most influential teachers: Erich Schiffmann, every fine poet, her cheeky teacher within, and the Feathered Pipe Ranch itself.