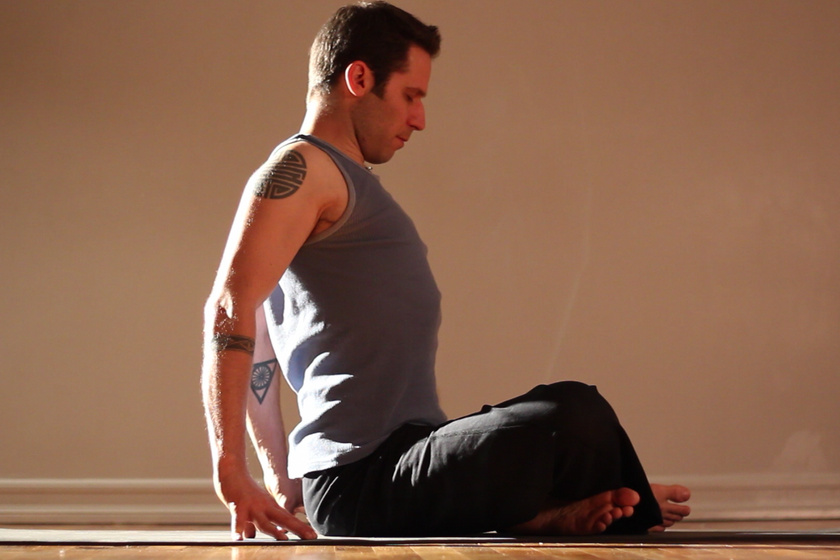 On the outskirts of the last decade, a small and humble minority has been pushing back against the pumped up power craze that swept through the nineties, and still largely has a hold on modern postural yoga. Now that the longstanding kingdoms that once guarded yoga’s legacies have fallen, and individuals are left more to their own devices, this once obscure and unsung song is finding a new chorus of practitioners.

A few years ago I wrote a piece called: “Gentle is the New Advanced.” It was mostly a response to a NY Times article on the meme of the yoga selfie. I observed that some old-school teachers seemed to be finding a niche among the new-school vinyasa scene by billing themselves as “Gentle Flow.” I also suggested that the allure of the flashy pose and its ability to attract followers was a hollow pursuit that would wither over time. Recent trends might suggest that not only are people reevaluating the merits of Instagram, but younger teachers are beginning to embrace and emulate old-school wisdom.

I first noticed the old-school teachers reemerging while at one of the larger holistic learning centers on the national circuit. Whenever I teach at one of these venues, I feel like I am getting a glimpse into the broader commercial yoga world. Over the last three years, I have been changing the title of my program. First, it was: “Fundamentals of Therapeutic Yoga” and the folks who showed up all had conditions that they wanted to have addressed. Then, I called it: “Making Vinyasa Yoga Safe” and a number of old-school teachers attended to bolster their repertoire and ability to meld into the new vinyasa conventions. This year, I presented: “Vinyasa Slow: More Power, Less Pain.” My hope was to attract new-school teachers with a sizzling title. It didn’t work. The participants ended up being people who I had previously met or were already on board with a slower and safer approach.

But a funny thing happened on the way out of my program one day. You see, there was a “Vigorous Vinyasa” class happening in the space after us and the teacher was waiting in the hall. She had noticed the title of my program. She said: “Are you the teacher? I saw the title of your workshop and that is totally what I do.” I looked at the sign that had replaced mine with “Vigorous Vinyasa” quizzically and she continued: “Moving slow is so much more work.” She then proceeded to immediately come into a high lunge and slowly lift and lower her arms to demonstrate. I smiled and said: “I couldn’t agree more.”

For many, power and hot yoga have become like that friend who you initially hit it off with and had so much fun with
but now when you hang out it just feels negative and draining. Eventually, you drift apart.

Like any relationship, as a yoga practice progresses over time, the initial buzz wears off and we are left with either an appreciation for the subtlety and nuance of the in-between moments or the empty feeling of nothing ever being enough. We can struggle and fight against this, attempting to forever change things and find new ways to spice things up or we can embrace this mundane inward turn and see what it holds. One thing is for sure: yoga practice that covets what has yet to be attained will always overshadow the beauty of what is already in place.

I told myself that I would stop writing about what is happening in the “yoga world” and just focus on yoga. But it occurs to me that there is no way to separate these out from each other. The “yoga world” consists of people who are interested in yoga practice. The motivations at work and the actualities of people’s experience that make up the yoga world have everything to do with yoga. And up until recently, singing the song of simplifying and slowing things down have always felt like pushing against the tide. Now I’m seeing a wave of new voices picking up the tune.

Fast and intense may serve for a time but it is unsustainable and will invariably require some reevaluation. For in the slowness of our lives is where we are able to perceive its worth. Yoga practice is no different.

Join yoga teacher, writer, and well-known host of “Yoga Talks” podcast, J. Brown in the pristine, mountain-ringed sanctuary of the Feathered Pipe Ranch. Explore and create a more intimate, breath-centered, therapeutic yoga practice that can be adapted to each participant’s needs – “Slower Is Stronger: The Slow Yoga Revolution,” August 17 -24!

J. Brown (E-RYT 500) is a yoga teacher, writer, well-known host of “Yoga Talks” podcast. A teacher for more than 20 years, he is known for his pragmatic approach to teaching personal, breath-centered therapeutic yoga practice adapted to individual needs, including chronic or acute conditions. He is at the forefront of a quiet yoga revolution, based in healing, that seeks to change the dialogue and direction  of yoga practice in the west. His writing has been featured in Yoga Therapy Today, the International Journal of Yoga Therapy, and across the yoga blogosphere. His podcast is internationally renowned for raising the level of conversation.